Who will win? Uber vs. Careem | Faydety

Who will win? Uber vs. Careem 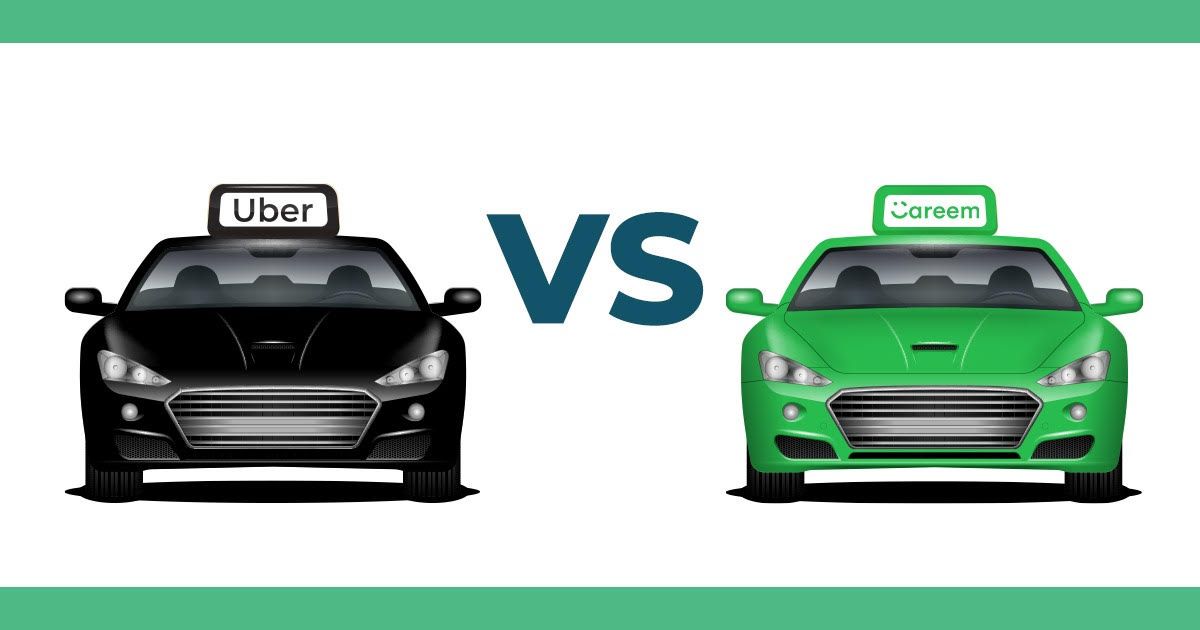 Which do you think is better, Uber or Careem?

In recent years, the topic of Uber vs. Careem has become quite controversial. It has been the source of many arguments amongst friends and family. Many believe that Uber is the best concept to come to Egypt in many years; others feel that Careem is doing very well and going above and beyond as a competitor in the market. To finally put this controversy to rest, we decided to put things to the test and conduct a mini-experiment to determine which application wins out over the other.

Two individuals took a trip from Shubra to Zamalek, while another two went from Downtown to Zamalek. To make a fair comparison between the two applications, each individual took an Uber and Careem respectively on their routes.

The experiment’s intent was to compare the following:

Uber vs. Careem: Downtown to Zamalek

Uber vs Careem: Shubra to Zamalek

Journeys from Downtown to Zamalek:

Journeys from Shubra to Zamalek:

in the case of all the above journeys, all passengers arrived at their respective locations at the same time

Ease of Use and Benefits:

With respect to our experiment, all four individuals rated Uber and Careem equally in terms of ease of use. Therefore, it essentially goes back to which application a person is accustomed to using. However, once you begin to use both applications regularly, you come to realize that that there is not much difference between them as both have very similar functionalities. Moreover, there is a general consensus that both are very convenient and have become indispensable items in our daily lives.

Uber and Careem are quite similar as both applications allow drivers to return your change in the applications' digital wallet. In addition, both allow you to pay for your rides via credit card.

Yet, Careem has an advantage over Uber in that they have a points program where you can rack up points based on your usage and redeem these points for various privileges. Privileges may include trip offers, money in your digital wallet, or shopping and food delivery discounts. Careem further gives you the option to donate your points or use them as frequent flyer miles.

On a similar note, the most apparent point of difference between each is customer service:

Surprisingly, in the case of all the above journeys, all passengers arrived at their respective locations at the same time, give or take a few minutes.

Overall, through this experiment, we can conclude that Uber and Careem are very much alike in terms of functionality. Thus, it all depends on what you are used to using and how well you keep up with offers and promo codes provided by each application.

Uber is a ride-sharing company that was founded in 2009 by Travis Kalanick and Garrett Camp. It started as a simple idea: What if you could request a ride from your phone instead of hailing a cab? Today, Uber is a success story and has transformed the ride-hailing industry and grown to become one of the most valuable companies in the world.

Established in July 2012 by Mudassir Sheikha and Magnus Olsson, Careem began as a website-based service for corporate car bookings and evolved to become a smartphone-friendly car hire service for everyday use. Uber acquired Careem in 2020 for $3.1 billion.