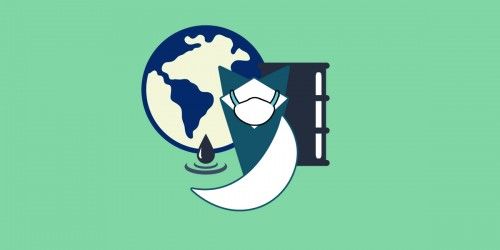 What are the consequences of the american oil crisis?

On 20 April 2020, trading on American oil future contracts led to a sharp decrease in prices. The market closed after the price per barrel for the West Texas Crude reached USD -37.36 for the first time.

What Does It Mean For Prices To Be In the Negative?

It has to do with storage capacity. When oil is extracted, it has to be sold or stored, but in the past month, demand plummeted. Covid-19 lockdowns meant a decrease in flights by 40% in March 2020, compared to 2019. This meant increased storage of oil until demand picks up. However, American companies ran out of storage areas and so some companies resorted to paying buyers to get rid of their oil supply. That is why prices were in the negative.

Is the Decrease In Prices Happening In Other Countries?

Oil prices are decreasing worldwide due to the decreased demand, but only American oil is in the negative, as the USA is far away from the international market, so companies need long-term storage solutions.

Reasons Behind the Decreased Oil Prices Worldwide Include:

Will This Affect Petrol Prices In Egypt?

The decrease in oil prices benefits Egypt as the government will be able to decrease expenses as Egypt mainly imports oil. However, petrol prices are determined by a special committee that meets every three months. Taking the Brent Crude price as a starting point, the committee decided on the price of petrol sold to the public. Currently the Brent Crude price is still over USD 20 per barrel. At the same time, the committee can only change the prices by 10%, either to decrease or increase prices. During its last meeting on the 11th of April, it decided to decrease prices by 25 piasters. It is expected that the committee will meet again by the end of June to decide on the new prices. So, it is most likely that petrol prices will remain the same during the coming period, unless the crisis continues in July.