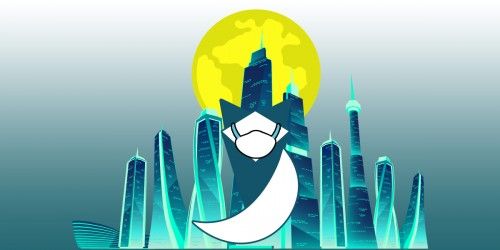 After Covid-19 there’s a lot of changes in our lives.

Even though contactless payments have been around for years, however the onset of Covid-19 has made them a necessity. Egypt has been a bit late to integrate it into the commercial world, but now the Central Bank is encouraging banks to issue only contactless cards. To encourage people to apply for them, the Central Bank removed issuance fees for contactless cards. In addition, online websites like Souq started to prompt people to pay with cards instead of cash to insure contactless delivery. Hence, in the near future, there will be a higher demand for contactless methods for commerce.

In countries such as South Korea and the USA, governments have started tracking Covid-19 patients’ cellphones to trace their whereabouts and how many people they have infected. In the USA, the government has started pinpointing places where there are crowds of people to send police to disperse them as to lower the infection rate. In South Korea, the government actually traces patients so as to know where they went and how many people they infected. Currently, Google and Apple are working on a piece of software that will do this for governments. Human rights organizations fear that this method of surveillance will soon be used in malicious ways.

Some experts are expecting the virus to remain as a threat for a few years, or until the world can find a vaccine

3. The Rise of Artificial Intelligence

After the virus has led to the need for people to shelter in place, companies have realized that a total dependence on humans can lead to a great recession. That is why in the near future, there will be an increased demand for machines that can take over essential lines of work such as medicine manufacturing and development and delivery of goods. So, it is expected that the world will witness a rise in AI in the coming period.

4. A Shift in Globalization and Economic Powers

During lockdown, countries closed up on themselves and suspended air travel. This was the first time since World War II that the world has seen a total rejection of globalization. Each country decided to focus on its own wellbeing instead of uniting and helping others. At the same time, with the expected recession, some are also predicting a shift in economic powers. This was evident with the USA’s oil troubles, and so many experts are predicting an upheaval of the international economic hierarchy and the emergence of China as the main economic power on the scene.